i Jan 8th w No Comments x by Jenn

WESTFIELD — Colleen Fraser was afraid of flying, friends say, but she never let her worries get in the way of her mission to help the disabled. So on Sept. 11, 2001, she fought off her nerves and boarded United Airlines Flight 93 en route to a grant-writing seminar in Nevada. 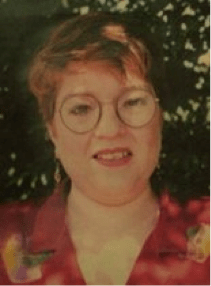 That plane, eventually overtaken by terrorists, crashed in a field near Shanksville, Pa. All 40 passengers were killed.

Nearly 12 years later, the Elizabeth native and tireless advocate for the disabled has been memorialized with a state-of-the-art $11 million multi-use building at the Union County Public Safety Complex in Westfield.

“That old line about speaking for those who can’t speak for themselves made no sense to Colleen,” said Ethan B. Ellis, the former director of the NJ Council on Developmental Disabilities, who uses a wheelchair. “She thought it was important for us to speak for ourselves.”

Fraser, who stood just 4’6” but was known by friends and colleagues as a larger-than-life fighter for the disabled, headed the county’s office for the disabled before moving on to lead a number of other groups, including DIAL Inc., the Progressive Center for Independent Living, the New Jersey Disabilities Council and Community Access Unlimited, among others.

She helped to draft the Americans with Disabilities Act, a landmark piece of legislation in the 20th Century, and led the largest contingent of supporters to the Capitol for the bill’s initial hearing before Congress.

The building which now bears her name contains offices for the County Clerk, the Medical Examiner’s Office, Weights and Measures, Consumer Affairs, county EMS operations, the Union County Superintendent of Schools, and the Rutgers Cooperative Extension program of Union County. The building also features solar panels and a geothermal heat pump system, which serves as a renewable energy source.

“Colleen Fraser may be gone, but her impact on others and her advocacy lasts,” Freeholder Chair Linda Carter said today. “She would be proud to know that the Colleen Fraser building will help residents in need, provide life-saving EMS services, assist those looking to vote, and foster those looking to make our planet a greener place.”

“Looking at that building, it’s just surreal. I feel like I’m here but I’m not, like I’m in a dream,” said Colleen’s sister, Christine Fraser. “But this is real, and it’s gonna be there forever.”

Friends, family members, fellow advocates and government officials gathered in front of the Westfield complex today, on what would have been Fraser’s 63rd birthday, sharing stories of the impact she had on their lives.

“She was a woman on a mission,” said Rev. Aleyah Lacey, a friend of Colleen’s who gave the invocation at the ceremony. “She stood up for what she believed in.”

“Colleen was like a sister to me,” said Adelaide Daskan. “She taught me a lot. She taught me how to advocate for my rights.”

“Simply put,” said Frank Guzzo, the director of the Union County Department of Human Services, “Colleen’s life made a difference.”